The Portuguese visual artist Joana Vasconcelos has been exhibited at the Palace of Versailles, the Venice Biennale and the Guggenheim Museum Bilbao. At the start of 2019 she will be the guest of the Bon Marché department store. 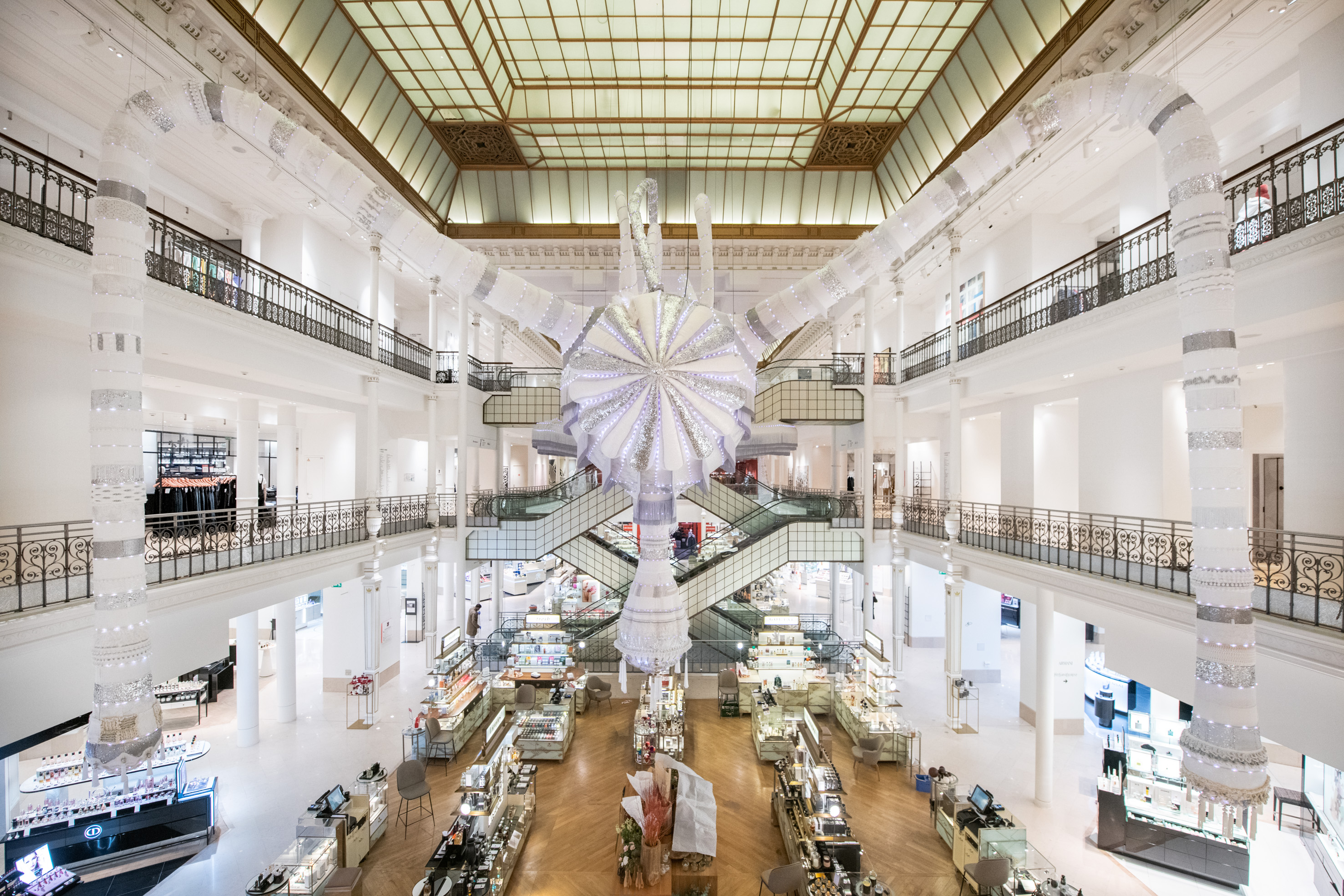 She’s monumental, sprawling, gleamingly white and called Simone. Suspended beneath the large glass roof of the Bon Marché, this mammoth installation, whose long arms seem to embrace the stairs in a movement as fluid as it is graceful is, in fact, according to its creator, a Valkyrie. 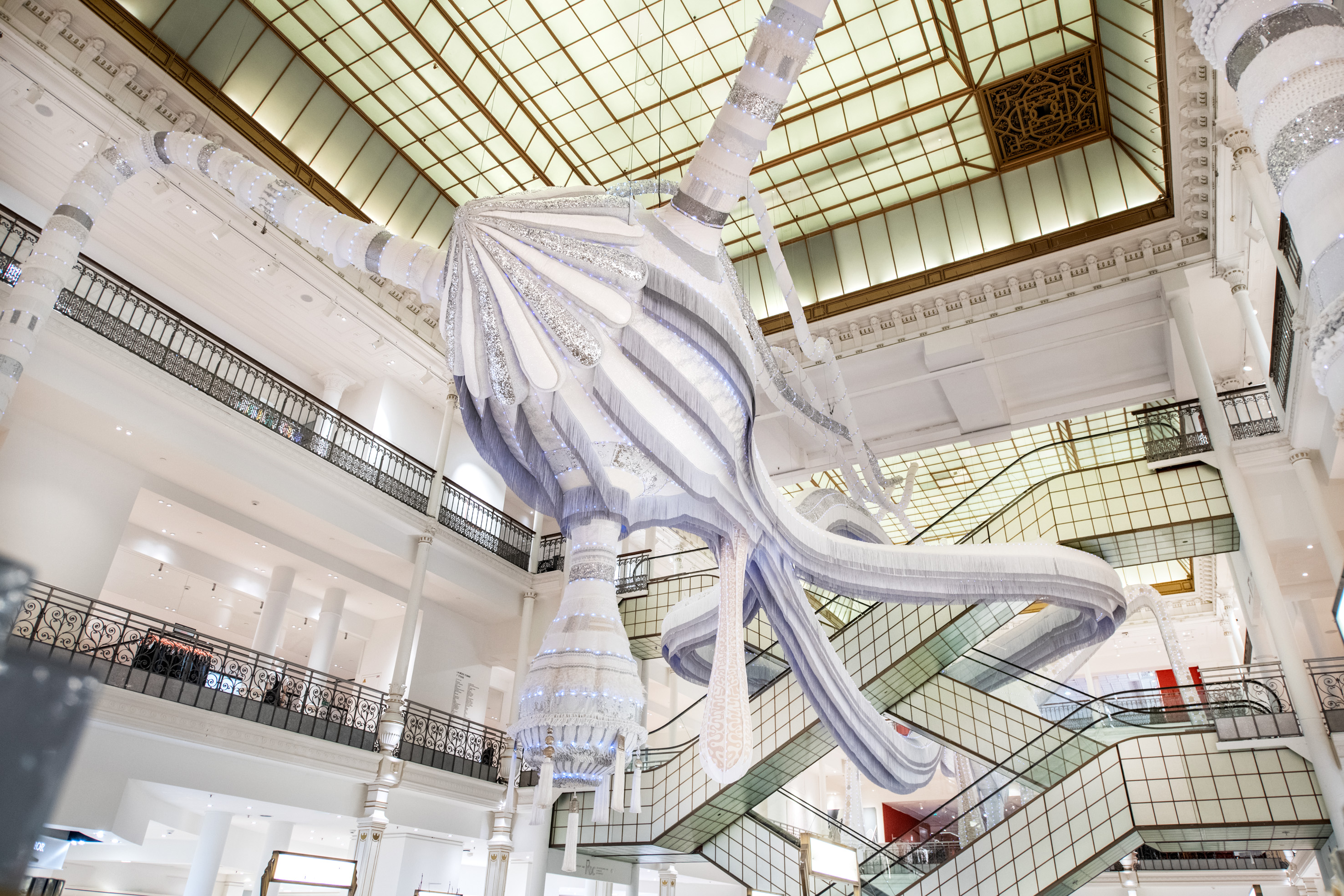 From north to south

This version of the warlike virgin of Norse mythology is the essence of grace and benevolence, albeit sprinkled with a zest of mystery that makes her a little disturbing, as befits a divinity. Made of a variety of white fabrics embroidered with sparkling lights like luminescent pearls, Joana’s creation is suggestive of a marine creature from 20,000 Leagues Under the Sea envisioned through a baroque aesthetic. A charming and luminous work that extends its long arms to invite you to the Bon Marché until February 17th.

Le Burgundy Paris, a 5-star hotel in the heart of Paris luxury district