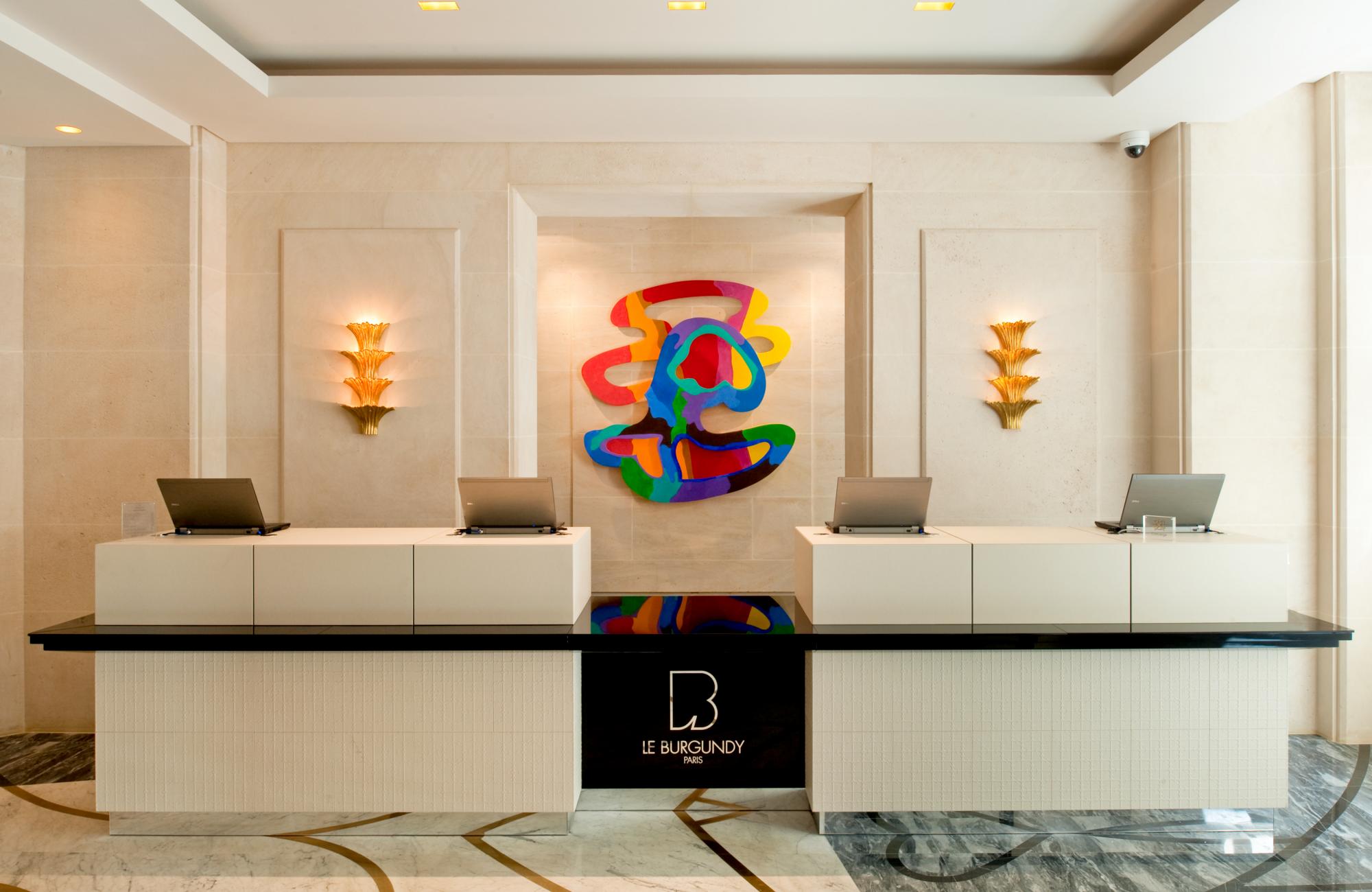 Inherent quality of Le Burgundy Paris, excellence of service results in an unwavering commitment of our team and an Art of Living which perpetuate a tradition without departing from modernity.

Few know about it, but Le Burgundy Paris opened its doors in 1850. La Madeleine, then booming, was one of the liveliest areas of the city with its theatres, cafés, food courts, and luxury boutiques.

If the origin of the hotel’s name remains to this day a mystery, fashion being then with Anglomania, it is very likely that "Burgundy" was chosen to honour the numerous guests coming from Victorian England to spend time in Paris. For nearly 170 years, Le Burgundy, which experienced several lives at the mercy of its various owners, has been welcoming travellers from all around the world, making their stay in Paris a moment of exception.

Entirely restructured during major works between 2008 and 2010, Le Burgundy Paris is now the reflection of an ideal private house in the heart of Paris

Guy de Rougemont, a sculptor & painter who is a member of the Académie des Beaux-Arts, has taken the hotel lobby from the Reception to La Verrière, making each space a showcase for his works. The sculpture-painting, like an explosion of colours dominating the large reception desk designed by cabinet maker Luc Avenel, and the white and grey marble puzzle intertwined with golden brass ribbons on the floor leading the way to La Verrière where sits an imposing marble sculpture make up a decor that leaves no one indifferent. Pieces of furniture designed and created by interior designer Patrick Juliot achieve to give this space leading to the restaurant, the bar, and the city, this style which is today the signature of Le Burgundy Paris. A style that he has interpreted in a drastically different way inside Restaurant Le Baudelaire, as well as in the Signature Suites.

Like an onion tatin, sprouts and broth or langoustines, citrus fruits, oxalis and young fennel, the menu proposed by our Chef Anthony Denon will reassure as much as surprise. Reassure lovers of great French cuisine. Surprise the fans of gustatory experiences.

As for the producers, the Chef draws on the best of Ile de France. Restaurant Le Baudelaire is open for lunch and dinner except on Sundays and Mondays, so book your table without delay.

Anthony Denon is the new Executive Chef at Le Burgundy.

Le Burgundy Paris is happy to announce the nomination of Anthony Denon as the Executive Chef.

At the head of the kitchens of Burgundy Paris, he will continue his work around vegetables, organic food and zero waste. Anthony Denon transforms everything within a fruit or a vegetable to create " a healthy, contemporary, timeless cuisine, which is comforting, where fruits or vegetables are at the very core of the plate, including the sauces and infused waters."

Do not miss the opportunity to come and discover the take-away pastries of our new pastry chef Pierre Jean Quinonero!

Every day in limited edition!

For the first time since its opening in 2010, Le Burgundy Spa is reinventing itself with the creation of a brand new treatment room dedicated to hair care, in collaboration with specialist Nathalie Tuil Paris©. A 100% vegetal and Made in France, and combining clay base and essential oils and minerals, this treatment is suitable for all types of hair, both for women and men.